The emission and/or propagation of energy carrying particles or waves through vacuum or through a medium.

A device used to measure the energy per unit time (power) of electromagnetic radiation. One example is shown in the diagram below. 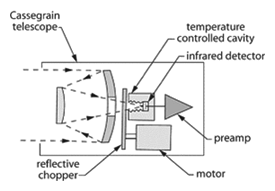 The set of techniques used for measuring the power distribution of electromagnetic radiation in space. This does not include interactions with the eye or quantum techniques.

A geometric representation of a light path through an optical device; a line normal to the wavefront indicating the direction of radiant energy flow.

1) A process used to calculate the path of waves or particles through a system. The system may be composed of parts that interact differently with the wave or particle. 2) A process used in optics by which the position and orientation of an image, object, or focal length can be determined if two of these three quantities are known. This process uses strategic rays that go from the object, through the lens, and to the image.

To bounce back. An energetic wave or particle bounces back at the interface of two media and returns into the original medium. Commonly reflection is associated with a smooth, polished surface, however the surface doesn't have to be smooth. Anything you see that does not make its own light is reflecting light.

The ratio of light reflected from an interface to the light incident on the interface.

Reflecting prisms are those in which one or more internal reflections of the rays take place. These prisms have several plane polished surfaces, which are designed to transmit light, reflect light, or both. An example is the Dove prism.

c.1380, in reference to both character and surfaces, from L.L. reflexionem, from L. reflex-, pp. stem of reflectere, from re- "back" + flectere "to bend."

When a light ray slows down and changes direction as a result of passing through different mediums – such as water or air. The bending of oblique incident rays as they pass from a medium of one refractive index into a medium of a different refractive index. The ratio of the sine of the angle between the normal and refracted ray is a constant. 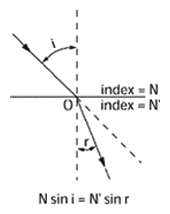 An instrument used to measure the refractive index. Several types exist, the most common being the Abbe refractometer.

In optics, the ability of an optical system to reproduce the details of an object in the image it forms.

14c., "process of reducing things into simpler forms," from L. resolutionem (nom. resolutio), from pp. stem of resolvere "loosen." Originally "a breaking into parts;" sense of "solving" (as of mathematical problems) first recorded 1548.

To learn more about resonance click on the link to the Acoustics pamphlet.

An optical element located at an image plane that contains a pattern and is used to assist in pointing an instrument or measuring target characteristics.

From L. reticulum, diminutive of rete, "net." A grid or pattern placed in the eyepiece of an optical instrument, used to establish scale or position. 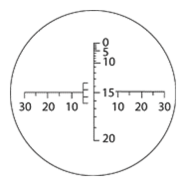 1) The photosensitive membrane on the inside of the human eye. 2) A scanning mechanism in optical character generation.

Reflection in which the radiation is returned in directions close to the incoming (incident) direction.

A reflecting prism that is rhomboidal in shape. It has two parallel transmitting faces and two parallel reflecting faces; the latter are oblique to the former (usually but not necessarily at 45°). This prism is capable of offsetting the optical axis without changing the aspect of the image. If the rhomboid prism is rotated around an axis normal to the entrance surface, the offset emergent axis can be moved parallel to itself in a circular arc; hence pairs of these prisms often are used to provide interpupillary adjustment of the eyepiece of binocular instruments such as stereoscopic rangefinders and height finders. 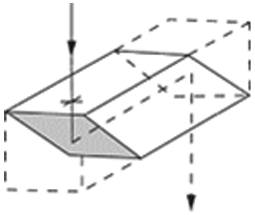 This prism deviates the line of sight by ninety degrees. The image will appear inverted (upside down) or reverted (right and left switched, shown in the diagram) depending on the position of the prism. 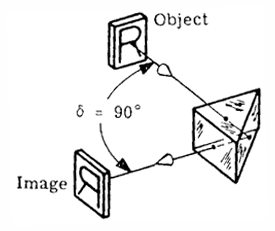 An system of two, usually identical, thin prisms in series. Counter-rotation of the prisms changes the magnitude of beam deviation, while rotating them together changes deviation azimuth. Some examples are shown. 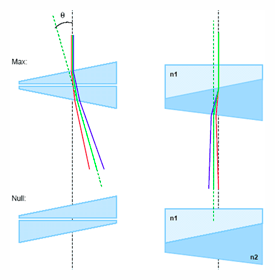