A unit of length equal to one billionth of a meter or 10-9 meter.

A frequency of unforced oscillation.

A light filter that decreases the intensity of the light without altering the relative spectral distribution of the energy. 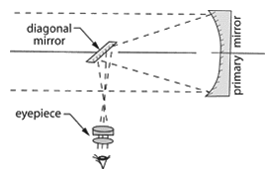 A prism invented by William Nicol in 1828 that is made of calcite, the end faces ground to an angle of 68° between one vertical side and the end surface. The prism is cut diagonally in half, the cut being made at right angles to the shorter diagonal of the end face. The parts are then cemented together. Unpolarized light striking an end face is polarized to vibrate in two directions. The extraordinary ray passes through the crystal, and the ordinary ray is reflected to one side at the calcite-balsam interface and is lost.

A device that uses low-level visible radiation or infrared radiation to produce a visual image of a night scene.

The two points at which rays from off-axis object points appear to intersect the axis.

Originally M.E., lump in the flesh, from L. nodus, knot." 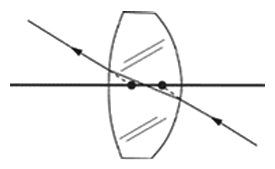 If one line is normal to another, then they are at right angles.

Nuclear Magnetic Resonance (NMR) is most commonly known for its use in medical imaging (Magnetic Resonance Imaging, MRI). It is a phenomenon in which the nuclei of material placed in a strong magnetic field will absorb radio waves supplied by a transmitter at particular frequencies. The energy of the radio-frequency photons is used to promote the nucleus from a low-energy state, in which the nuclear spin is aligned parallel to the strong magnetic field, to a higher-energy state in which the spin is opposed to the field. When the source of the radio waves is turned off, many nuclei will revert to the lower state by emitting photons at the characteristic resonance frequencies, providing information about the sample material. Because the single protons in biologically abundant hydrogen atoms react well to the technique, it can produce excellent cross-sectional images of bone marrow and tissue.