Peter Schultz has figuratively seen the fruits of his labors travel millions of miles across the world — and back—infinite times. It has been a source of personal and professional gratification to see how his work in doped fused-silica glasses and their applications in optical fiber has impacted not only telecommunication systems throughout the world, but also telecommunications technology, including the Internet, over the decades.

As co-inventor of this breakthrough fiber in 1972, Schultz believed his process — outside vapor deposition (OVD) — would have a major impact on the world of telecommunications. He did not, however, realize that it would be the fiber and formulation standard for all telecommunication fibers used still today — he knew the rest of the world would first have to catch up to this discovery. “We had to work after that to improve on it, build, make practical production methods and scale up the technology. And when we were doing the work, we recognized that if it were successful, it had the potential of revolutionizing communications. “But we also realized that a lot of other things had to happen because anytime you make an invention that has such a huge impact, it takes time for those ideas to be put to a practical use.” Schultz parallels this belief to transistors and television—it took many years, he said, for a practical technology to be developed that could use those inventions. And look where this technology is today, he said.

What his optical fiber discovery subsequently inspired, Schultz explained, was development of the entire system it would work within, e.g., improved lasers, optical amplifier systems, cabling technologies, etc. At the same time, he stressed, no one could have predicted its impact on technology today. “It is exciting, frankly, to look back now and see how it all really did work. The big surprise to most of us was that we could not have dreamed of the Internet being one of the driving forces behind the demand for more bandwidth. Without that, optical fiber communications—the Internet as we know it today—could not exist.”

This discovery was made relatively early in his career, working closely with fellow scientists at Corning Inc., Donald B. Keck and Robert D. Maurer. Schultz went on to an exemplary and productive career, including discovering a method still widely used to make planar waveguide devices for photonics applications, and continued R&D on the optical properties of fused silica—data that still are used to determine and resolve contamination problems in fiber manufacture.

Schultz has 26 patents to his name and nearly 30 research papers. He has held research scientist, managerial and leadership roles in private enterprise since 1967, nearly 20 of those years with Corning. Since 1988, Schultz has been president of Heraeus Amersil Inc., Atlanta, a technical glass manufacturer primarily serving the fiber optics and semiconductor markets. With such accomplishments to his credit, who would think that when he was a freshman in high school, a counselor suggested Schultz was not college material. 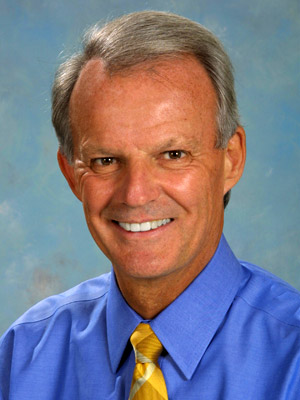