Laid up with a broken leg after a motorcycle accident in 1984, Mark Miles had plenty of free time to catch up on his reading. An electrical engineer by training, he spent his convalescence poring through scientific journals, reading about nanotechnology and the burgeoning field of microelectromechanical systems, or MEMS. At some point during his rehab, Miles began to wonder whether a network of tiny electronic sensors could be programmed not just to activate switches but to reflect light.

He hadn't studied the idea very long before he discovered that a variety of natural creatures had already managed a similar trick. The intense colors that flash off the wings of butterflies like the blue morpho, for instance, are not created through bright pigment. Instead, nanoscale structures on the wings cause incoming light waves to interfere with one another, reflecting only specific wavelengths of brilliant color. (It's one way that butterflies communicate with one another, particularly during mating season.) Beetle wings and the nacreous layer in seashells possess the same property, creating colors that increase in brightness in direct proportion to the light in the environment.

Miles eventually turned what butterflies do naturally into a new type of glare-proof electronic display. Called the interferometric modulator, or iMod, it flashes brilliant colors while drawing only a fraction of the electricity required to power a typical LCD.

Its "pixels" are fashioned from microscopic plates of coated glass laid between reflective membranes. Electrical impulses force the surfaces to move together or apart, modulating the color that is reflected back to the eye. The wavelength of the reflected light can be tuned all the way into the ultraviolet spectrum, which appears black to the naked eye. The brighter the ambient light, the brighter the colors displayed on the screen.

Mark Miles is CEO of Mark Miles Consulting Inc. a San Francisco-based consultancy that was established to promote and support the development of innovative display-centric concepts and products. He is also a strategic technology development consultant for Qualcomm MEMS Technologies (QMT). Originally from Atlanta, Ga., he received his BS in Electrical Engineering from MIT in 1985. He has over six years of experience in micro electromechanical and materials processing, and is the inventor of the Interferometric Modulator (IMod) technology. 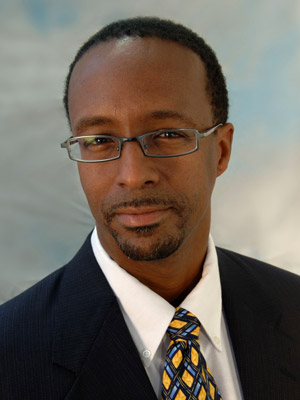